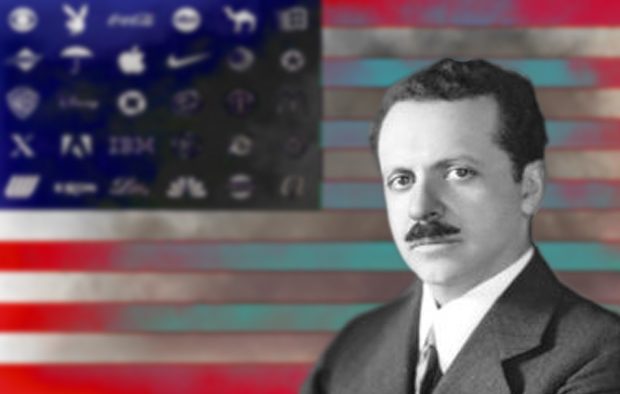 (Truthstream Media) Comedian George Carlin famously said, “You have to be asleep to believe it.”

The concept of The American Dream, which seems like a cold war relic, is hammered into our heads from childhood and constantly thrown in our faces by politicians even today.

It’s always defined as this grand idea that the game is not in any way rigged; oh no, it is instead beat into us Americans from the time we are very little that with a little elbow grease, any of us can be anything we want to be in this country, regardless of what circumstances we find ourselves born in simply because… well… this is America.

It’s so trite, it’s kinda hard to even make myself type that. For clarification, here’s what Wikipedia says:

The American Dream is a national ethos of the United States, a set of ideals in which freedom includes the opportunity for prosperity and success, and an upward social mobility for the family and children, achieved through hard work in a society with few barriers.

But these days we aren’t talking about basic ideas of personal success that allow people to be free and “with few barriers”. No one seems to remember what “freedom” is anymore around here anyway, and “personal success” has been warped into a prison sentence for most. Freedom has long ago been replaced by a prison with invisible walls.

Most people today equate The Modern American Dream™ with the ability to receive higher education (usually by going to college) so they can get a good-paying job to buy a nice big house filled with nice stuff, a fancy car, and have the ability to go on vacation once or twice a year. In other words, rising the ranks in America to achieve that “dream” ultimately equals consumerism, complete with lots and lots of debt.

For most young people who don’t have wealthy parents, what it really means is attempting to get all the scholarships you can throughout high school because otherwise you and your parents will be stuck shouldering a automatically life-killing amount of student loan debt right off the bat just to get through college. College tuition is always rising here. America’s loan debt is over 1.2 TRILLION dollars these days, and economists like to speculate all the time on whether or not this will be the next bubble to burst.

So, just to get your feet in The American Dream door today, you’ve got to pay to play.

The Game Is Rigged

Once these early 20-somethings graduate from college (again, many already drowning in debt), they get thoughtlessly tossed in a pool of applicants who are all just as qualified as they are to get the few measly good jobs that are left, considering that many of the jobs that people used to rely on in post-war America to fulfill that “dream” have been shipped off to China or Mexico or India. Our unemployment numbers are fudged because so many people who have fallen completely out of the workforce and given up looking for a job aren’t even counted. Nearly 100 million adults who can otherwise work simply aren’t in this country because they have no options. Labor force participation is at a near-40-year low. Next time you go out to eat, ask your waiter or waitress how many college degrees he or she has. Sometimes it’s two, but slinging plates was the only option available to make ends meet because that degree that cost tens of thousands to get is a dime a dozen to employers. And that’s how many young adults begin their road to The American Dream we are still told is possible for everyone to achieve these days.

Meanwhile, the wealth gap has grown so wide in this country, it’s a joke to even refer to it as a “gap” anymore. (Perhaps “wealth chasm” would be more appropriate.) And it isn’t just here. We live in a world where just 67 people have as much wealth as the poorest 3.5 billion people in the world. It’s mind-blowing. Headlines like “Panicked Super Rich Buying Boltholes with Private Airstrips to Escape if Poor Rise Up” come out all the time. There’s something very wrong, and everyone knows it.

Here in America, a mere 10 percent of Americans own 91 percent of the nation’s stocks and mutual funds, and those people are the same ones essentially running everything. America is admittedly an oligarchy. A new study has confirmed that “The preferences of the average American appear to have only a minuscule, near-zero, statistically non-significant impact upon public policy.” Your opinion only matters in politics if you are in the top ten percent. Corruption is legal in America. Political influence is a commodity. The game is rigged. The rules are made up (by the elite) and the points don’t matter.

Meanwhile back to the reality the rest of us face. Four out of five Americans are barely making ends meet each month. The number of people receiving food stamp benefits — over 47 million — is at a historic high, to the benefit of big banks like JP Morgan Chase and mega companies like Walmart. The Middle Class has been systematically decimated. Hardly anyone is buying a house anymore; we’re becoming a nation of renters with Wall Street as our landlord. If the average person wanted to get that house and car and vacation, most would have to take out a loan, another loan, and a few credit cards with ridiculous interest rates no one can afford. Driving down what’s left of America’s middle-class streets, it is impossible not to look upon the nicely manicured lawns and wonder how much debt the people inside have taken on just to make their American Dream a (fleeting) reality. Our economy is based on indoctrinating children to unrealistic expectations and usury… debt slavery and suffering.

No matter how rigged the game is, children continue to be raised brainwashed with The American Dream generation after generation.

Out of curiosity, and because the whole thing sounds like such a Bernaysian concept of bullshittery to begin with, I looked into where the concept of The American Dream comes from. When did it start? Who first started pulling this one on the public?

According to a lesson plan for teachers on the official Library of Congress website (featuring a picture of the Statue of Liberty for extra emphasis), the American Dream was first defined in 1931 by James Truslow Adams in his book The Epic of America as “that dream of a land in which life should be better and richer and fuller for everyone, with opportunity for each according to ability or achievement… It is not a dream of motor cars and high wages merely, but a dream of social order in which each man and each woman shall be able to attain to the fullest stature of which they are innately capable, and be recognized by others for what they are, regardless of the fortuitous circumstances of birth or position.” (p.214-215)

Wait, what? Not a dream of motor cars and high wages merely? Oh really. If that is what we are teaching kids in our public schools in America, it’s the exact opposite of the reality they come to understand.

Well, Edward Bernays, nephew of Sigmund Freud and father of Public Relations who literally wrote the book on propaganda and never met a government agency or megacorporation whose agenda he couldn’t be paid to advance, immediately came to mind when contrasting the concept of The American Dream today against the reality We the People currently face.

For a little background on Bernays, let’s start with the defining statement of his 1928 book Propaganda:

“The conscious and intelligent manipulation of the organized habits and opinions of the masses is an important element in democratic society.”

“Those who manipulate this unseen mechanism of society constitute an invisible government which is the true ruling power of our country. …We are governed, our minds are molded, our tastes formed, our ideas suggested, largely by men we have never heard of.”

“This is a logical result of the way in which our democratic society is organized. Vast numbers of human beings must cooperate in this manner if they are to live together as a smoothly functioning society.”

With that, it becomes pretty obvious what role socially engineering the American masses with this concept of The American Dream would play in churning out that “smoothly functioning society” Bernays talked about.

And as it turns out… Edward Bernays hijacked The American Dream and weaponized it for the U.S. government after World War II:

At the end of World War II, Harry Truman had a dilemma on his hands. The economy had come back from The Great Depression during the war and he wanted the economy to continue to grow during peacetime as well. So he conferred with experts including Bernays to come up with a plan to cause it to happen.

The plan the marketers created was called The American Dream. The dream involved the breadwinner (typically the man) to be working in a job that he didn’t really love and working longer and longer hours to climb the corporate ladder in order to make the money his family would need to create the high consumerism lifestyle required to keep the economy growing in peacetime. Consumers were being influenced to buy more things and companies were being encouraged to produce more products that nobody really needed in order to keep the economy going well.

See where this is going, yet? Well, it’s going here:

But no matter how many hours the man worked there still wasn’t enough money to purchase all of this “stuff”. So naturally, consumer debt began to skyrocket. Personal credit cards emerged. Society experienced a conformance crisis during the 1950s that in actuality began the hijacking of our happiness due to manufactured consent, using the tactics of—you guessed it–Edward Bernays.

The marketing version of the American Dream was a complete contradiction to the country’s original American dream, which had the pursuit of happiness as its alchemical goal–personal freedom, social responsibility, and the common good. But the 1950s convolution that still holds America and much of the world in its grip is excessive consumerism. So excessive consumerism became the definition of happiness.

And there you have it.

The “pursuit of happiness” and “freedom” that was once The American Dream was transformed into a nightmare of lifelong debt slavery and filling one’s life with things we don’t need merely to keep the American machine going.

Consider that the next time you hear the insulting phrase ooze out of another bought-and-paid-for politician’s mouth in one of his b.s. speeches.

Question Everything & Come To Your Own Conclusions!