(Niall Bradley, Sott.net) I was reading another devastating commentary by American author Chris Hedges on the overbearing tyranny of the State, and it got me thinking about this popular notion of “rising up against” oppressors. Hedges’ analysis is on target, but I feel that his conclusion that we must “tear it down” in order to escape it is lacking something important.

To ‘rise up against our oppressors’, to ‘take back the country’, and to ‘overthrow the ruling class’ assumes that they are ‘up there’ to begin with. Yes, in many ways they are. Through their domination of industry, government, media, education and so on, they invariably influence – control even – just about everything material in our world; they possess most of the wealth, work in high-rise buildings, live in elevated suburbs and generally look down from their rarefied vantage point on the masses slumming it out below.

But when it comes to the important things – moral character, worldly experience, creative abilities, and basic intelligence – what do they really possess? Few, if any of these things. In fact, I think we can make the case that, psychologically-speaking, they are actually pretty far ‘down there’ on the scale of haves and have-nots.

Ok, so they certainly set no moral example to follow. Well, what then do we need the State for? Standard political theory teaches that the State is the final arbiter of contracts between people, without which there would be lawless chaos. Left unto themselves, claimed schizoids like Thomas Hobbes, life for humans would be “solitary, poor, nasty, brutish and short.” I’m not so sure. In fact, I’m beginning to think it’s the other way around: life is brutish for most because of the State.

Although based on research that is some 80 years old, Political Ponerology by Andrew Lobaczewski is the classic text for understanding how psychopaths and other assorted character-disturbed people infect society from the ‘top’ down, not least through their crazed theories that reveal a barely disguised contempt for human nature. Studies have found that the ‘intelligentsia’ are actually much less intelligent than the average citizen they ‘lead’.

One study, cited in Robert Kirkconnell’s excellent American Heart of Darkness, a revision of U.S. history through the lens of Ponerology, found that 58% of Americans are more intelligent than the average U.S. president. And in terms of moral character, most presidents were found to have next to none, relative to the national average. No doubt there are variations and exceptions to the rule through time and space, but I think this supports the contention that we don’t actually need the State, and certainly not in its Leviathan form, which begins with the assumption that man is inherently evil and so must rely on the State to bestow objective morality on him from the outside.

[By the way, you can listen to our recent interview with Kirkconnell on SOTT Talk Radio here.]

I acknowledge that sweeping generalizations are generally too simplistic; the world and human psychology is complex, and so ‘simple’, ‘final’ solutions have been instrumental in getting us into this mess. Of course some individual PhDs really are experts in their chosen field; some individual bureaucrats really are good administrators; some individual military men are natural warriors; heck, some individual bankers are excellent accountants.All of these roles can and do have a productive place within society. But I suspect that, in general, the ruling classes’ importance to any given society – and I’m including roughly the ‘top’ 10-20% here, though the percentage undoubtedly varies from place to place, and their negative impact probably diminishes the further you move down the power/wealth scale – is grossly inflated, in much the same way the casino stock market doesn’t add anything productive to the real economy of labor and capital – it just distorts everything and interferes with efficient distribution.

Check this video out:

Note the part where the narrator says:

Everything looks like it has been designed by an architect: a single mind. This colossal and complex city was created by the collective will of the ant colony: the super-organism.

You get a clear glimpse of the human super-organism at work from time to time. One of the least reported aspects of 9/11, which was in fact also the single biggest event that day, was the evacuation of about one million people from lower Manhattan by water “in an emergent network of private and publicly owned watercraft.” It wasn’t part of any government or local authority drill, it wasn’t organized or ordered by any ‘established authorities’, in fact, it wasn’t planned at all. While New York City mayor Rudy Giuliani was busy talking to the press, ordinary people on the ground sought information from one another, made inquiries and then just spontaneously engaged in collective decision-making and helped one another to safety in a calm and orderly manner. Their ‘established’ societal and hierarchical roles – banker, garbage man, foreigner, Port Authority guard, lawyer, nurse, policeman – pretty much went out the window while, in an act of collective self-preservation, they tapped into the true bonds that connect social animals. Far from being a fear-based response of ‘the mob’, it was the society of man responding to chaos with order. 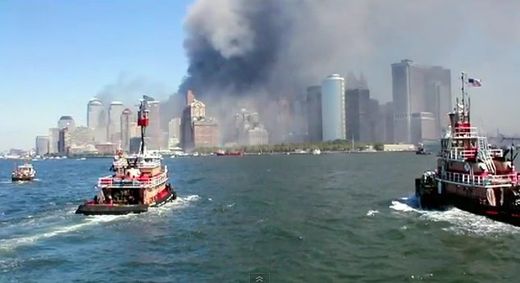 Uhm, remind us again, what do we need leaders for?…

Maddening, isn’t it, to think that the psychopaths in power then used 9/11 to create (or massively advance in any case) a global Big Brother on the pretext that We the People need them to protect us! But when it comes down to it, all their plans, security measures, and safety protocols are actually useless in the ‘heat of the moment’. We protect ourselves, we protect each other. We adapt to changes in our reality, while our leaders fantasize that reality bends to their whims. And this basic distinction has substantially remained the case in spite of most still being consciously unaware of where the terrorist threat really comes from…

And so I submit that, in general, the ruling classes obstruct, retard and – in the worst cases, as we’ve clearly seen since 9/11 – destroy society far more often than they actually contribute to its harmonious functioning, most of which appears to happen naturally according to ‘higher’, as yet unconscious, laws. Like that ant colony, humanity functions as one super-organism, and it does so independently of the corrupt elites’ decrees, their mad scientists’ ridiculous theories, their insane enforcers’ medieval habits, their greedy bankers’ usurious rates, and so on.

Society, the economy, civilization, etc. don’t work because of leaders and their underlings; they work in spite of them!

Part of the problem with “rising up against” the ruling classes is that there will be those whose actual underlying motivation was to replace the existing leaders and thus be in a position to take more for themselves. Psychopaths and other pathologicals will inevitably be carried along by the tide because, as history has repeatedly shown, in no time at all do they subvert a social or revolutionary movement into its opposite. But if we recognise that the masses have had – all along – the creativity, common sense, ingenuity, self-motivation and skills that they need to naturally and autonomously govern as a collective, we realize we don’t need ‘the State’ and we don’t need ‘leaders’. 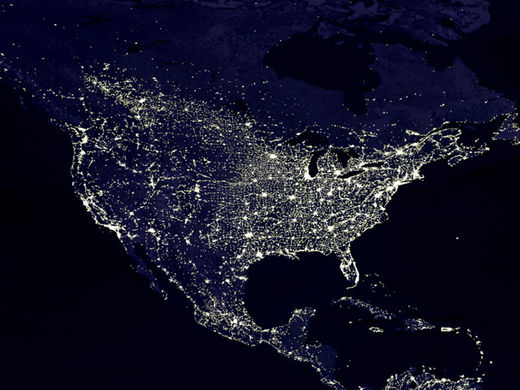 Is all this really designed and led by certain people? Or does it form part of a single super-organism that is intelligently-informed despite being infected with a parasite?

As things stand, however, most people cling to the illusion that they need leaders, an illusion that the elites who think they rule the rest of us are only too happy to sustain. Maybe I’m kidding myself here though about it being mere illusion. It seems that many people do need some kind of authority in their lives, to take the important decisions on behalf of the community so they can get on with the work of living their daily lives. But the problem arises when any authority structure in human affairs becomes infected with psychopaths. In this situation you have a parasite that remains firmly attached to its more intelligent, productive, and vital host: the masses of ordinary man, and to which ordinary man misguidedly gives his allegiance and respect. As long as a delicate equilibrium is maintained, where the host remains sufficiently healthy while the parasite is kept in check, as a species we get by without catastrophic ‘colony collapse disorder‘. There’s still war, slavery, oppression, injustice and so on, but it’s always competing with – or mitigated by – public education, social welfare, job creation, innovation, creative expression, sharing, democratic improvements, unionization, human rights, demand for higher wages, etc. – the impetus for which always comes up from the masses ‘below’.

But what we see happening all over the world today is the worst case scenario – the parasite destroying its host, complete imbalance where the psychopathic parasite is ravaging the physical, intellectual, emotional and spiritual well-being of the host. It’s particularly pronounced in certain Western countries, but no corner of the planet is immune. People are ‘losing their minds’ in ever-greater numbers, just as the bees are abruptly disappearing. The ‘common sense’ of ordinary people, of a higher intelligence than that of their ruling classes, has been eroded as they become sicker. Their dis-ease manifests as climatic stress, which feeds back into more human stress until…

Well, until the slate is wiped clean and the parasitic symbiosis between host and parasite is re-established, I guess. As Lobaczewski wrote in Ponerology:

Germs are not aware that they will be burned alive or buried deep in the ground along with the human body whose death they are causing.

The whole thing is just really tragic. The elites believe they’re shepherding the flock toward Great Things. The flock is in fact dying because it’s not really a flock; it’s a super-organism that can no longer sustain the barrage of psychopathic inroads into its ‘collective will’.

So, I say we try something different than ‘rising up and taking back control of the governing institutions’. Forget new personnel to run those institutions: we don’t need those institutions at all. Rather than engaging in battle with the tyrant, whose very thought processes are so completely alien to us that we always emerge drained from direct encounters, I say we essentially just ignore it. Not by pretending that it isn’t there, but by inwardly distancing ourselves from it and outwardly seeking communion with others doing likewise.

I know that’s hard for people to even begin contemplating when they’re presently under financial or other duress, but the beauty of it is that the more you understand how the psychopaths rule our world, the more you free yourself from the illusion that they have any power over you; the more freedom – of the real inner kind – you’ll obtain; the more you’ll have to give to other humans and less to the parasites…

As Joe Baegent put it, the way out is the way in.

A contributing writer at SOTT.net, Niall Bradley’s articles are cross-posted on his personal blog, NiallBradley.net. Niall is co-host with Joe Quinn of NewsReal, and co-author of Manufactured Terror: The Boston Marathon Bombings, Sandy Hook, Aurora Shooting and Other False-Flag Terror Attacks.

Follow.it Is Censoring (Blocking New Subscribers) From SNN Newsletter. Please Bookmark The Website & Save To Your Homescreen.