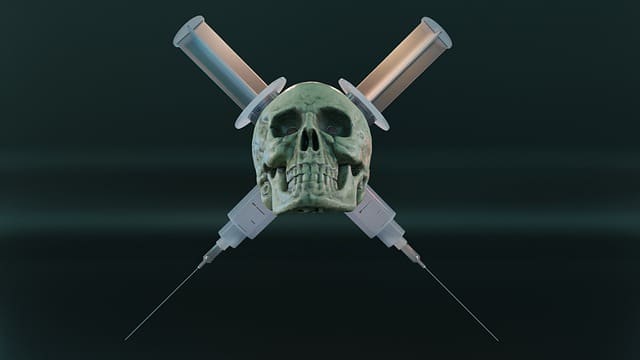 “It is incredible that this must be said, but the obvious seems to escape politicized academics, so we must state the obvious: Genocide is deliberate; it is premeditated. There is no genocide without premeditation. The murders are not unfortunate coincidences. This is why it is called “mass MURDER” and not “mass MANSLAUGHTER.” ~ A.E. Samaan

(Gary D. Barnett) R.J. Rummel, a researcher, and political scientist defined the term “democide” as “the murder of any person or people by their government, including genocide, politicide, and mass murder.” According to Rummel, democide passed war as the leading cause of non-natural death in the 20th Century, and moving into the 21st Century, it not only shows no signs of stopping, it seems to be the desired and planned manner of death of hundreds of millions or even billions of innocent people around the world. In the U.S today, democide has only just begun, as this ‘Covid’ plot orchestrated by the ruling master class and this government continues in its efforts to cull the American population so as to advance the agendas of disease, eugenics, and death. This is being done simply to achieve total control over the masses.

This would seem to be no easy task, but so far, there has been almost no resistance to the government’s efforts to propagandize, threaten, and then subdue the bulk of people that make up what should now be referred to as the American herd. Because of this apathetic response to tyranny by the people of this country, this economy has been devastated, jobs and the ability to provide sustenance have been greatly reduced, restrictions of life and freedom have massively increased, price inflation is rampant, the controlling political and medical protocols have already proven to be deadly beyond the scope of the imagination of any sane person, and this is only a preview of what is to come.

Although many people have been sick and have died, some with unique but unexplained symptoms, the total numbers of deaths throughout 2020 remained normal. There are many factors involved of course, although logic was disappeared long ago, but no such thing described as SARS-CoV-2 or ‘Covid-19’ has ever once been properly isolated or shown to actually exist. This should be very troubling to all, and reason enough to immediately put down this fake pandemic and expose the staged government coup that was intentionally launched early last year.

This staged ‘pandemic’ has been planned for at least two decades or more. It has been simulated and acted out, almost exactly as has happened, on multiple occasions over this timeframe, and previous attempts with very similar plots have taken place for decades with flu, SARS, Swine Flu, Ebola, MERS, and other falsely claimed viral scares. But this time is different in that the people are ripe for control and takeover, and modern technology can now spread propaganda to every household in seconds, giving the government and mainstream media the tools to create instant fear, panic, and mass obedience to illegal draconian mandates.

But let us in this conversation discuss the aspect of the existing and coming premeditated murder of innocents by this governing system; the possible planned democide of millions of citizens, especially those that are considered to be a drain on the system such as the old and infirmed, those with limited mental capacity, those with disabilities, those of certain ethnic backgrounds, and all those that question, dissent, disobey, and expose the truth about what is really happening in this plotted takeover. In addition, efforts to destroy fertility, to depopulate the earth, and to inject every single child from infancy to adult with deadly poison is underway as well. Make no mistake, this is war against the people by government.

Consider the fact that remdesivir, an experimental drug, was fast-tracked as the “standard of care” for ‘Covid’ early on by Anthony Fauci, and was originally the only approved ‘Covid” treatment for American hospitals, even though this drug does not work against anything, and causes many adverse reactions, body organ failure, and a high incidence of death. “Remdesivir was one of four drugs in a clinical trial for Ebola in 2018, and was dropped from the study before it was over, after a safety review revealed that it had the highest death rate of the drugs being tested.” One of only two studies cited by Fauci for the recommended use of this toxic drug was the Ebola Trial in 2018, and in that trial, the manufacturer, Gilead Sciences, only tested 53 patients for just 28 days. Gilead had close ties, monetary interests, and partnership with the CDC and the National Institute of Allergy and Infectious Diseases (NIAID), headed up by Fauci.

In the second Ebola study, after results from the first 499 participants had been reviewed, the trial’s safety monitors recommended that two drugs—ZMapp and remdesivir—be dropped from the remainder of the trial. These two drugs were much less effective at preventing death.

Fauci knew of the deadly nature of the poisonous remdesivir at least as early as 2018, but chose to use this dangerous drug with fast-track FDA approval in October of 2020 as the “standard of care,” and the primary treatment in all U.S. hospitals for all “Covid” patients. That means that American patients across this country were not treated, but murdered.

The secondary drug being used as a stand-alone and in combination with remdesivir is another deadly experimental corticosteroid called dexamethasone. According to eHealthMe, “Death is found among people who take Dexamethasone, especially for people who are male, 60+ old, have been taking the drug for < 1 month.”

In addition, I have written about another toxin called graphene oxide, that has been said to be in some masks, PCR testing, and shown to be in heavy concentrations in certain injections falsely called “Covid vaccines.’ This is a deadly substance purposely being used in order to harm those that have been subject to its exposure from any of these methods. Again, this is the purposeful use of a poison that has the ability to greatly harm the public, and also cause death.

Then of course there are these very poisonous ‘Covid vaccines’ that are not vaccines at all, but simply bioweapons being used by the state and the pharmaceutical monsters to cause extreme sickness, to inject toxic material into the masses, to cause body and immune system harm and destruction, and death to many. It is also a way for the state thugs to gain control over much of the population through processes of gene-altering RNA/DNA manipulation, nano-particle insertion, and to gain bio-technological mastery over the minds and bodies of much of the American public.

Sickness, mayhem, medical martial law, economic destruction, censorship, extreme wealth transfer to the richest among us, and death have been the result of all the state’s orders, mandates, restrictions, regulations, and ‘Covid’ rules. This is no pandemic, it is a long-planned coup meant as war against all of society. It is the plot of eugenicists and murderers whose intent is to depopulate the earth, while building a society made up of slaves controlled by a technocratic master class.

This absurd phenomenon is only possible because of the collective madness of the masses, and their inability to grasp the truth and then act accordingly to stop this onslaught of murder by the state. In other words, the people are their own worst enemy.

The truth is much more powerful and compelling than fiction, so find and accept truth, ridicule the rulers, accept no assault on freedom, disobey every state mandate, and avoid all dangerous attempts of division and isolation sought by the totalitarians bent on gaining total control of society.

“Isolation and the patient repetition of stimuli are required to tame wild animals … The totalitarians have followed this rule. They know that they can condition their political victims most quickly if they are kept in isolation.”

The CDC and FDA confess: They had no virus

Depopulation by any means

Did Fauci knowingly fast-track approval of drug with deadly COVID-like side effects?