The United States National Security Council is the highest decision-making body on foreign policy in the United States. On December 10, 1974, it promulgated a top secret document entitled National Security Study Memorandum or NSSM-200, also called The Kissinger Report. Its subject was “Implications of Worldwide Population Growth for U.S. Security and Overseas Interests.” This document, published shortly after the first major international population conference in Bucharest, was the result of collaboration among the Central Intelligence Agency (CIA), the United States Agency for International Development (USAID), and the Departments of State, Defense and Agriculture.

The Kissinger Report was made public when it was declassified and was transferred to the U.S. National Archives in 1990.

NSSM-200 is critically important to pro-life workers all over the world, because it completely exposes the unsavory and unethical motivations and methods of the population control movement.

The Purpose of The Kissinger Report

The primary purpose of U.S. government population control efforts is to maintain access to the mineral resources of less-developed countries, or LDCs. The Kissinger Report states:

The U.S. economy will require large and increasing amounts of minerals from abroad, especially from less developed countries. That fact gives the U.S. enhanced interest in the political, economic, and social stability of the supplying countries. Wherever a lessening of population pressures through reduced birth rates can increase the prospects for such stability, population policy becomes relevant to resource supplies and to the economic interests of the United States.

In order to protect U.S. commercial interests, NSSM-200 cited a number of factors that could interrupt the smooth flow of materials from LDCs to the United States, including a large population of anti-imperialist youth, whose numbers must be limited by government population control. The document identified 13 nations by name that would be the primary targets of U.S. government population control efforts. Under the heading of “Concentration on key countries” we find:

Assistance for population moderation should give primary emphasis to the largest and fastest growing developing countries where there is special U.S. political and strategic interest. Those countries are: India, Bangladesh, Pakistan, Nigeria, Mexico, Indonesia, Brazil, the Philippines, Thailand, Egypt, Turkey, Ethiopia and Columbia [sic]. … At the same time, the U.S. will look to the multilateral agencies, especially the U.N. Fund for Population Activities which already has projects in over 80 countries to increase population assistance on a broader basis with increased U.S. contributions. This is desirable in terms of U.S. interests and necessary in political terms in the United Nations.

According to The Kissinger Report, elements of the implementation of government population control programs could include:

The Kissinger Report also specifically declared that the United States was to cover up government population control activities and avoid charges of imperialism by inducing the United Nations and various non-governmental organizations—specifically the Pathfinder Fund, the International Planned Parenthood Foundation (IPPF) and the Population Council—to do its dirty work.

The document has directly and inevitably encouraged atrocities on an enormous scale in dozens of the world’s nations. Just four examples are shown below. 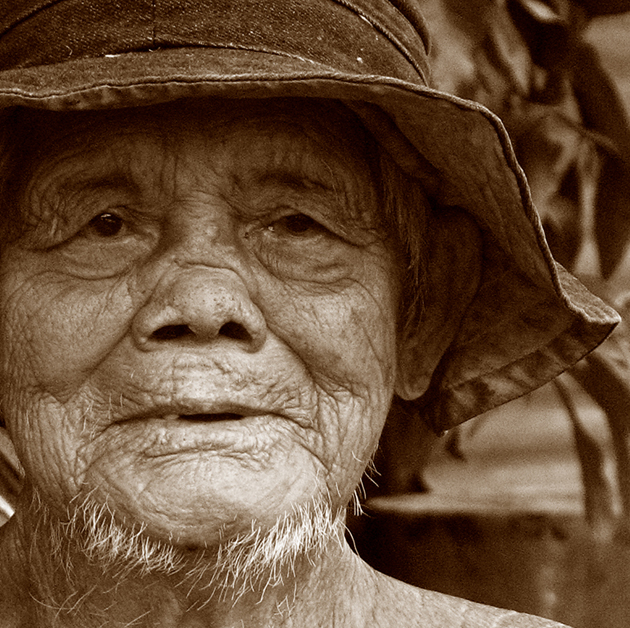 China. For many years, the United States government funded the United Nations Population Fund (UNFPA). In April 2017, the Trump Administration finally took the step of ending UNFPA funding. Why? One of the main targets of UNFPA money is the People’s Republic of China (PRC). The State Department grounded the change of policy the fact the agency “supports, or participates in the management of, a program of coercive abortion or involuntary sterilization” in China. While the UNFPA denies it, according to its own documents the UNFPA has donated more than $100 million to China’s population control program; financed a $12 million computer complex specifically to monitor the population program; provided the technical expertise and personnel that trained thousands of Chinese population control officials; and presented China with a United Nations award for the “most outstanding population control program.” Those unfamiliar with the countless abuses perpetrated under this program might consider reading material from 2015-present at the links for the  U.S. Congressional Hearing on China and Population Research Institute (PRI) for evidence. As the PRI article states, “More children were aborted under the one-child policy than the entire population of the United States.”

Peru. During the years 1995 to 1997, over a quarter of a million Peruvian women were sterilized as part of a program to fulfill then-president Alberto Fujimori’s family planning goals. Although this campaign was called the “Voluntary Surgical Contraception Campaign,” many of these procedures were obviously coerced. In fact, women whose underweight children were on government food programs were threatened with the withholding of this food if they refused to be sterilized, and others were kidnapped from their families and forcibly sterilized.

Uganda. Uganda became the first African country to roll back its adult HIV infection rate, from 21% in 1991 to about 6% in 2004, a 70% decrease. The nation accomplished this amazing feat by discouraging condom use and by changing the behavior of the people. The population control groups could not allow this success to interfere with their inflexible template, so they aggressively undermined President Yoweri Museveni’s program. Timothy Wirth, president of the United Nations Foundation, called this highly effective program “gross negligence toward humanity.” The United States Agency for International Development (USAID), Population Services International, CARE International, and others have been pushing condoms as hard as they can in Uganda. Rates rose over seven percent, which Edward Greene, former senior research scientist at the Harvard School of Public Health, ascribes to riskier behavior and less fear of HIV as a death sentence. Recently rates have declined back to 6.2% again.  Nevertheless, Uganda’s initial success rate is perhaps the most egregious example of population control ideology trumping the science of proven HIV prevention programs.

India. In 2014 there was renewed international attention on India’s continuing forced sterilization program after dozens of women were killed and many more harmed due to the assembly line procedures being done in grotesquely unsanitary conditions. Female sterilization is still India’s primary method of “contraception.” According to the New York Times, as of 2016 four million tubal ligations are still done annually.  This continues to be financed by the US and other Western governments and foundations. As of 2017 there are no plans to stop sterilizations, but the Indian government is introducing free injectable contraceptives, which will also have major negative health impacts on women.

Outline of the Population Control Strategy in The Kissinger Report

The Kissinger Report explicitly lays out the detailed strategy by which the United States government aggressively promotes population control in developing nations in order to regulate (or have better access to) the natural resources of these countries.

The following outline shows the elements of this plan, with actual supporting quotes from NSSM-200:

Throughout the implementation process, the United States must hide its tracks and disguise its government population control programs as altruistic:

“There is also the danger that some LDC leaders will see developed country pressures for family planning as a form of economic or racial imperialism; this could well create a serious backlash. … The U.S. can help to minimize charges of an imperialist motivation behind its support of population activities by repeatedly asserting that such support derives from a concern with:

The right of the individual couple to determine freely and responsibly the number and spacing of children and to have information, education, and means to do so; and
The fundamental social and economic development of poor countries in which rapid population growth is both a contributing cause and a consequence of widespread poverty.”

There is growing awareness that the world “population explosion” is over or, indeed, that it never actually materialized. When the population scare began in the late 1960s, the world population was increasing at a rate of more than 2% per year. It is now increasing at less than one percent per year, and this rate is expected to continue to drop due to continuing population control activities.

The Kissinger Report predicted that the population of the world would stabilize at about 10 to 13 billion, with some demographers predicting that the world population would balloon to as high as 22 billion people. Now it is estimated that by 2050 population will level out at around 9.7 billion.

The worldwide application of the strategies recommended in The Kissinger Report has resulted in regional population growth rates decelerating so fast that they are already causing severe economic and social problems in Europe, the former Soviet Union, Japan, Singapore and Hong Kong. Many developing nations are now aging even more rapidly than the developed world, which foretells even more severe problems for their relatively underdeveloped economies. The developed nations had the opportunity to become rich before they became old; if a nation becomes old first, it will never become rich.

From the very beginning, the concept of a “population explosion” was an ideologically motivated false alarm specifically designed to allow rich nations to pillage the resources of the poorer nations. The resulting push for population control in LDCs has borne absolutely no positive fruit in its decades of implementation. In fact, population control ideologies and programs make it even more difficult to respond to the impending grave crisis looming in the form of a disastrous worldwide “population implosion.” It is time to begin urging families to have more children, not fewer, if we are to avoid a worldwide demographic catastrophe.

The first step in such a massive change in policy is, of course, to change our vision and our values. In order to do this, we must repudiate old ways of thinking and outmoded ways of accomplishing our objectives.

NSSM-200 represents the worst aspect of the “advanced” nations meddling in the most intimate affairs of less-developed nations. It reinforces the image of the “ugly American.” It advocates violating the most precious freedoms and autonomy of the individual through coercive family planning programs.

The Kissinger Report purports to show concern for the rights or welfare of individuals and of nations, but it was conceived from the idea of the “right” of the United States to have unfettered access to the natural resources of developing nations. The United States and the other nations of the developed world, as well as ideologically-motivated population control NGOs, should be supporting and guiding authentic economic development that allows the people of each nation to use their resources for their own benefit, thereby leading to an enhancement of human rights worldwide and healthier economies for all.

No human relationships are closer or more intimate than those found in the family. Yet the “developed” world has spent more than 137 billion dollars just since 1990 attempting to control the number of children born to families in developing nations through the widespread imposition of abortion, sterilization and birth control under the umbrella terms “family planning services” and “reproductive health.”

All that the tens of billions of dollars of government population control expenditures have accomplished is to make hundreds of millions of large poor families into small poor families. It is unfortunately left to our imagination to wonder what might have happened if these resources had been invested in health and educational infrastructure, and in research dedicated to finding peaceful strategies to transition nations from corrupt governance to truly representative and accountable courts and public service sectors.

Children are not an obstacle to development, they are the hope for the future of any society. People are not the problem, they are the solution.

What We Learned From Hating the Unvaccinated

THE FBI IS INVESTIGATING AMERICAN PARENTS AS DOMESTIC TERRORISTS

Google is a Vaccine Company

This Is Not A Vaccine!

Trauma Bonding With A Narcissistic Mother

THE DARK TRIAD – HOW PEDOPHILES AND PSYCHOPATHS ARE CREATED

Cult Involvement in the Attempt to Destroy Democracy

Google Wants To Be Your Doctor; And Its Director Of Engineering Wants You To Have A Brain Chip